​My first foray into social media was to manage the nascent Big Issue Shop Twitter and Facebook accounts.  It was a simpler time and there is not too much to report here in terms of campaigns etc as the main aim was trying to keep the shopify platform going.
I then moved into B2B social media at Big Issue Invest, keeping on Twitter and Facebook while picking up Linked IN.
There isn’t too much to say about B2B social in my experience.  Essentially the strategy with the three of my roles in this area was to supplement the ‘IRL’ experience of meeting and discussing ideas.
Currently I find myself in another universe in terms of social as I am the Digital Manager for the most well-known (working) cemetery in Ireland which also happens to be a tourist attraction.  So let me show and tell you about some of my Glasnevin Highlights to date.

​Facebook is our largest social media platform, to date our followers are almost at the 36K mark.  In the last year, content from the platform (paid and organic) reached over one million users.  Below are some examples of how the platform is  used.  Michael Collins is one of the most well-known people laid to rest in Glasnevin Cemetery and below is an anniversary or 'on this day' post which we use quite regularly on Facebook to tell the story of Ireland's history.  The second is Rod Stewart at the grave of Grace Gifford, he does a cover of the song Grace which is about her and her husband who she was only married to for days before he was executed for his part in the 1916 Rising.  The third post is a campaign which was developed in May 2018  to promote the re-opening of O'Connell Tower.  The tower, in case you didn't know is a monument dedicated to legendary statesman, Daniel O'Connell who also was a founder of the cemetery.  The anniversary of his death occurs in May so we asked our followers to submit and O'Connell or Tower themed haikus to win a prize.  We took the decision to make it an annual thing given the success it received in year one and hey, it is a little bit more original than 'tag a friend'. 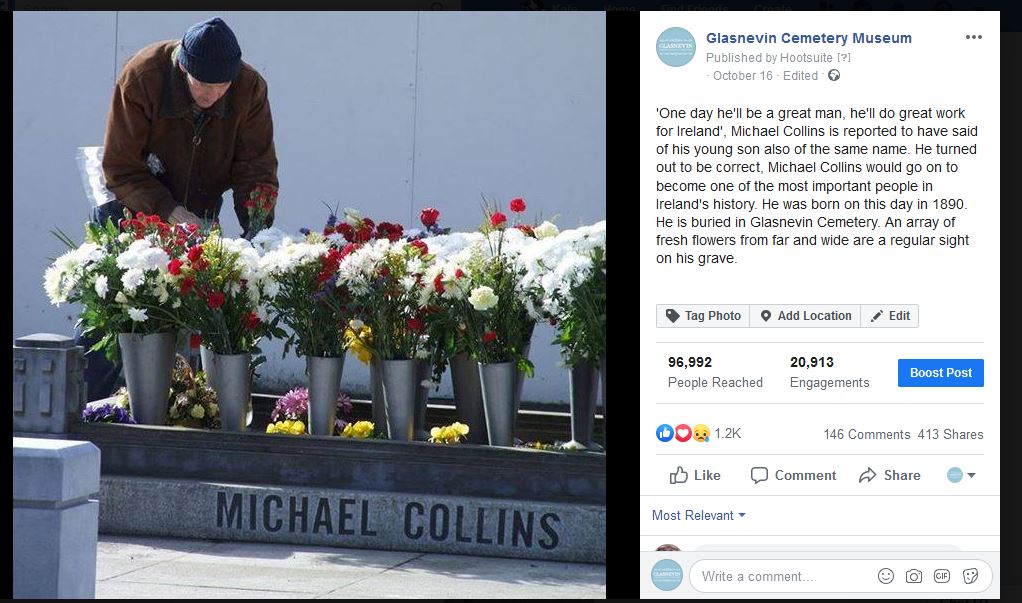 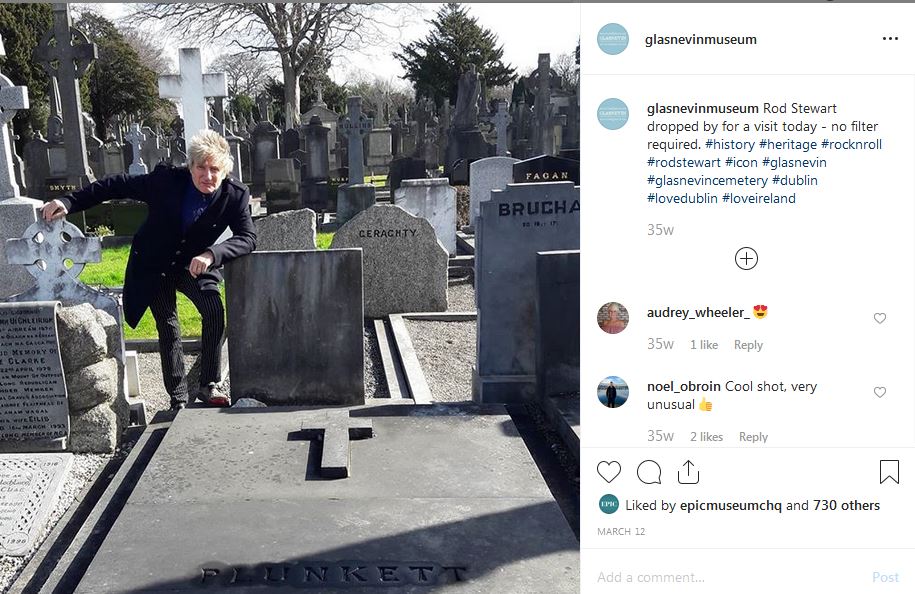 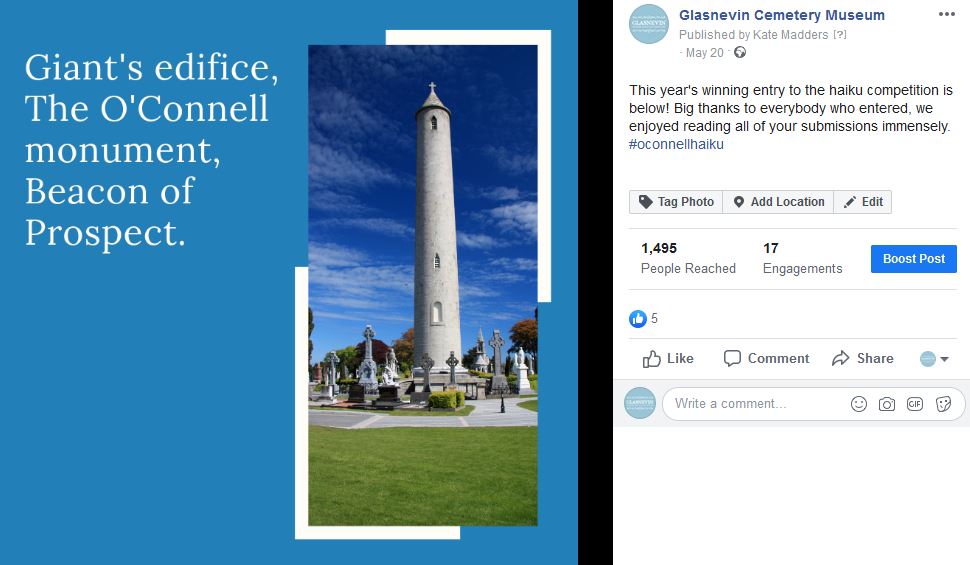 We use instagram primarily to showcase the beauty of the cemetery and also to capture some of the more memorable moments, after all the platform lends itself to being a photographic archive.  The cemetery is home to an abundance of beautifully crafted monuments and the world's largest collection of Celtic Crosses so posts like the first one are designed to highlight how the site is an outdoor art gallery.  Sometimes when people are planning to visit us, they drop us a line to say so.  In those instances we will go and meet the visitors, below is 'johnny_cocktails who likes Glasnevin so much he has the entrance behind him tattooed on his arm.  although he lives in the States, he is one of our biggest Instagram advocates.  Glasnevin Cemetery is an official site of commemoration and post number three is an image from a VC commeroation. 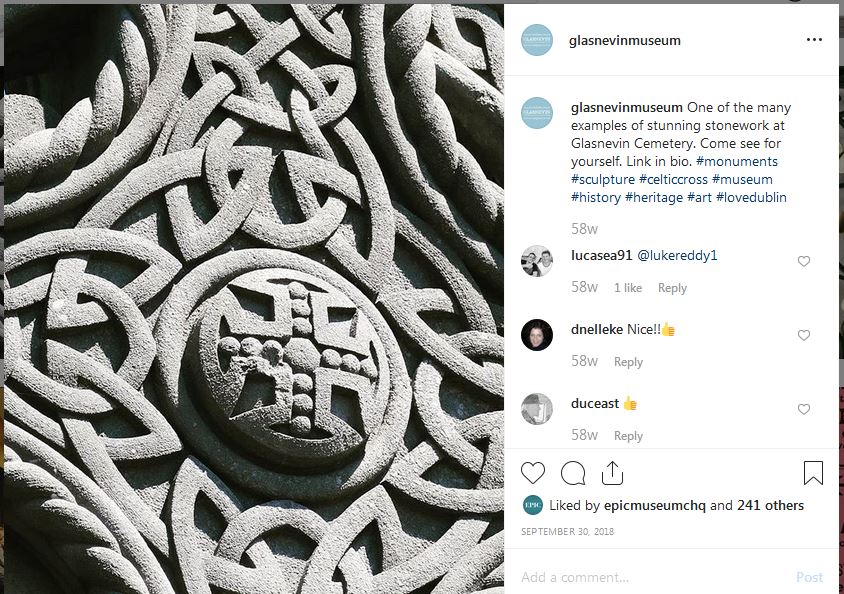 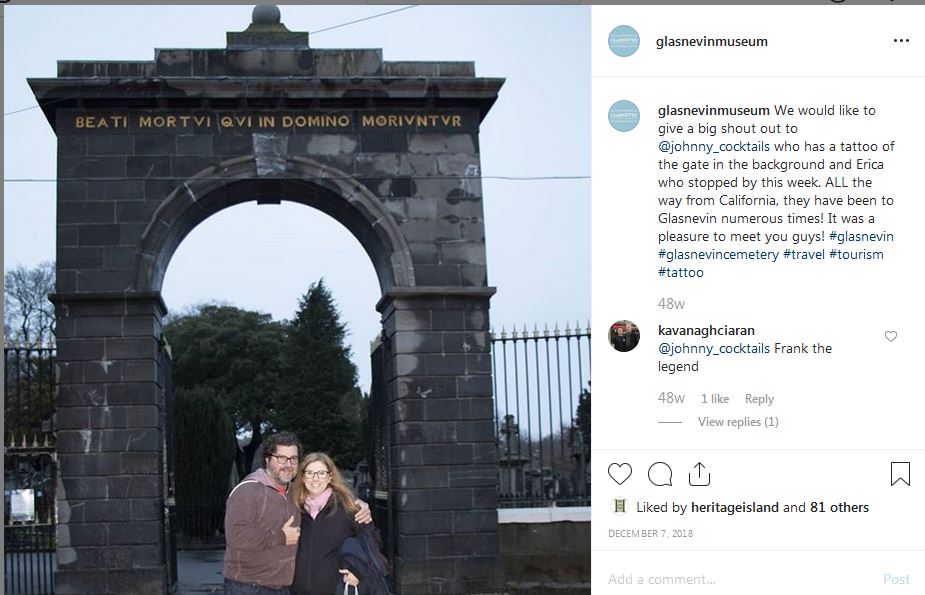 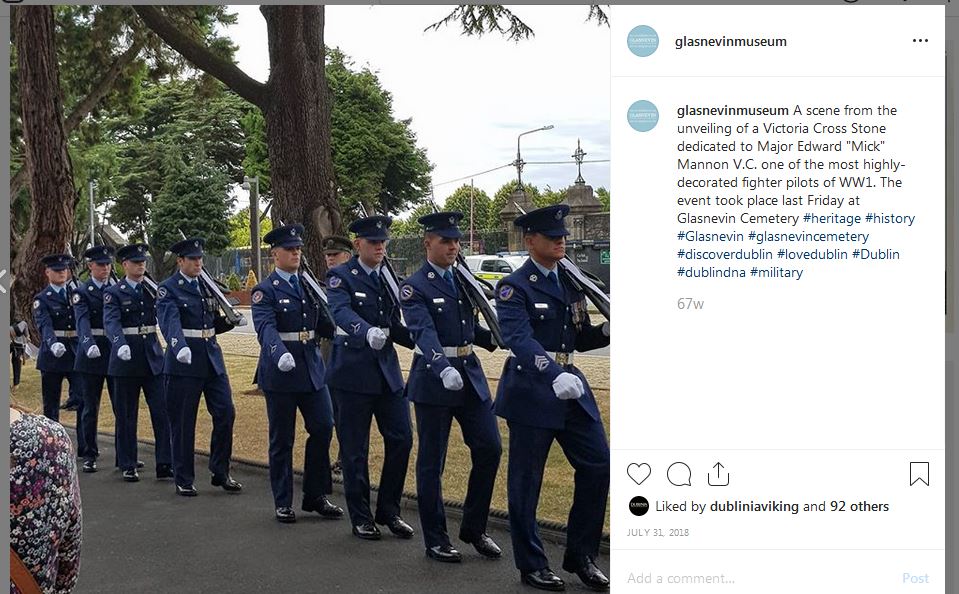 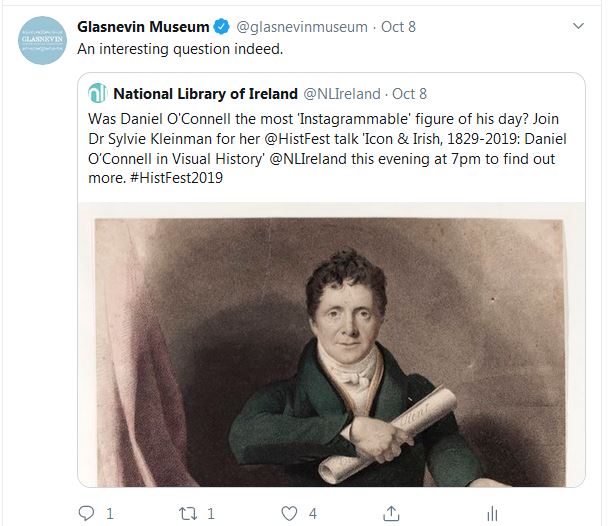 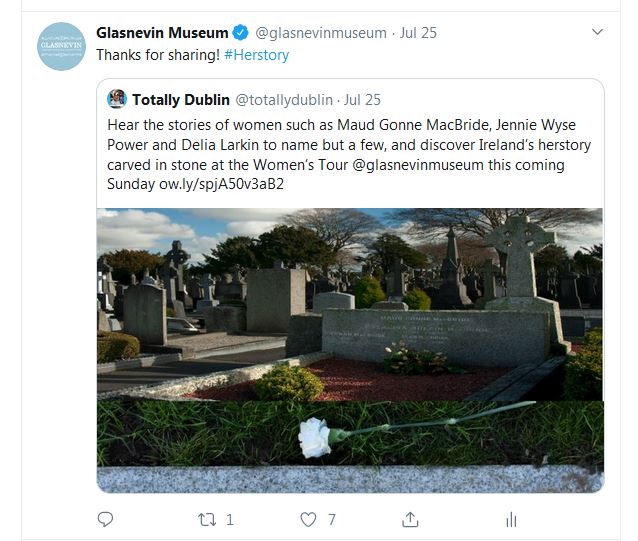 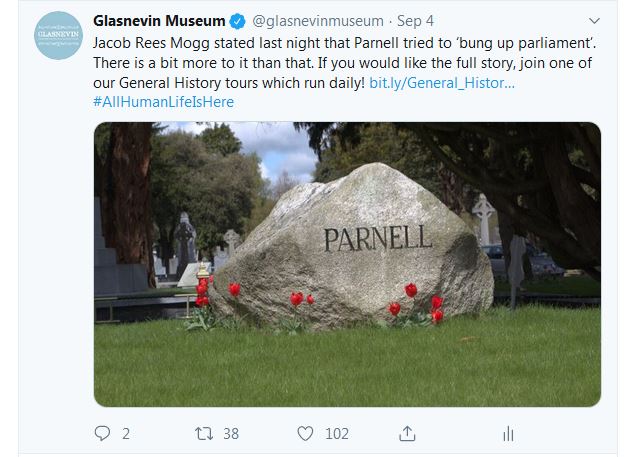